First victory for Luxembourg in the last match of the Summer in the #EuroVolleyM Quali before the break until January.

The “RedLions” achieve their ambitious goals by defeating Sweden in a close 5 set game !

In the first set, until the score of 15-15, there was a constant change in the leadership, as nobody could seriously settle down the set, before Sweden took the advantage at 20-17. Luxembourg equalised with a prompt reaction to 21-21, before leaving again the next three points to Sweden. The hosts managed to fight off two set balls before Sweden finally took the set (25-23) due to a service fault of Luxembourg.
After a rather promising start in the second set, Luxembourg coach Dieter Scholl had nevertheless to take already his first time-out at the score of 3-6 to break the run of the Vikings, but his team was not able to do so. At 12-16, he took his second time-out, which brought some effect, but the hosts had problems in reception and Sweden eventually won the second set as well (25-19).
Sweden immediately took a clear advantage in the third set leading 7-2, before Luxembourg showed a strong reaction and came back at the score of 14-13, forcing coach Johan Isacsson to take his first timeout. Sensing their chance, the Red Lions improved the level of their game. The braveness of the fighting Lions around Kamil Rychlicki produced a 25-20 set win for the hosts.
The fourth set was close until the score of 6-6, before Luxembourg brought Sweden ahead due to a couple of unforced mistakes (9-12). A few strong serves of Rychlicki brought the Swedish reception into difficulties and the Red Lions equalised at 13-13. The first lead of Luxembourg in this set came at 15-14 with a brave attack of middle blocker Chris Zuidberg; a block out followed by an attack on the line by Mateja Gajin made Isacsson react with a substitution. Luxembourg put the Swedish team under pressure and a couple of strong blocks by Jan Lux brought the deserved set win for Luxembourg in the fourth set (25-22).
With the necessary self-confidence, the Red Lions started well into the fifth set with the first timeout of Sweden coming at the score of 5-2. After the change of sides at 8-6 due to a tip of setter Gilles Braas, the players of the Grand Duchy forced the Swedish team into its second timeout at the score of 10-6. Luxembourg was not willing anymore to give away another tiebreak and finished the set at the score of 15-10 much to the delight of a raucous home crowd.
Kamil Rychlicki of Luxembourg was the leading scorer of the match with 21 points. Middle blocker Jan Lux of Luxembourg had six kill blocks in the match. 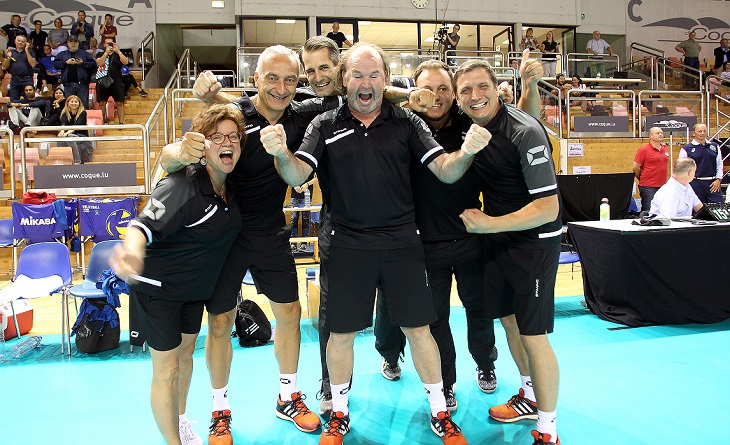 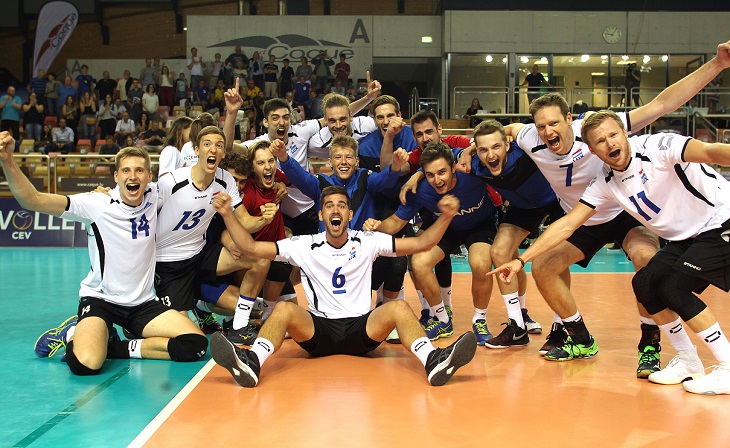