Good start for the home teams in Novotel-Cup

In the third match of the day, Luxembourg finally entered the stage with the RedLion Ladies in front of an enthusiastic crowd of approximately 500 people.

The first set started with a point for point game with the good end for Luxembourg allowing the players around captain Isabelle Frisch to get more and more confident. The second set was a walkover, England managing to get just 14 points. Luxembourg stayed concentrated and maintained control also over the third set.

The first day of NCup#32 ended with the match of the RedLions against the squad of Scotland who count their 5th participation in NOVOTEL-Cup with a 1st place in 2012 in the palmarès. Despite losing the first set, Scotland showed great determination not to give up so easily. However, in the key moments Luxembourg was slightly stronger and came out victorious. Finally the men around captain Chris Zuidberg took it all with a clear third set. 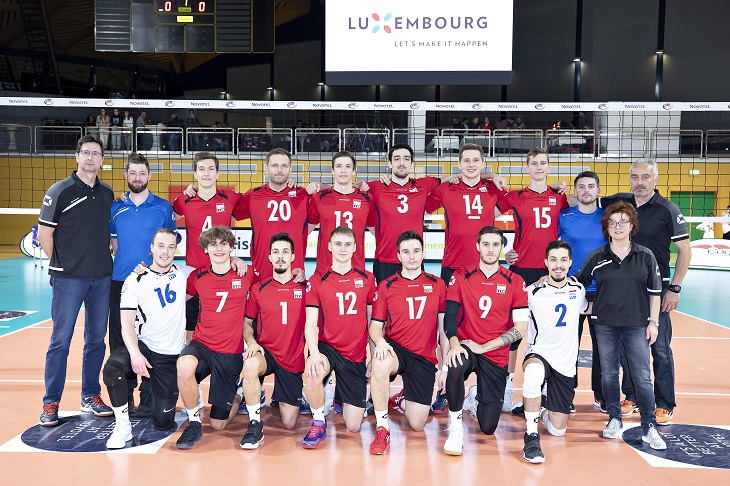