30 participants descended on Luxembourg this past weekend for a 4-day intensive course in coaching Sitting Volleyball.   An impressive attendance for the coaching qualification, but even more notable was the fact that 16 different countries were represented in what was a big step forward for the sport.

Coaches came from far and wide, the furthest being 4 who travelled over from Korea.  In addition to those attending from Luxembourg, others came from:

Of the 31 attendees, 29 left with Diplomas while the two attending translators received certificates of attendance.

Organised in cooperation with the Federation Luxembourgeoise de Volleyball, WorldParaVolley, VolleySLIDE and LuxSittingVolley, the participants went through some intensive theory and practical sessions in order to cover all the areas of coaching the sport at a national level.

Originally founded in 1980, World ParaVolley has recently been placing significant emphasis on developing a clear pathway for coaches and this Level 1 course represented an important milestone in that process.

Jouke de Haan (the Netherlands) and Matt Rogers (Luxembourg) tutored the course, which was ran at the ‘d'Coque’, the National Sports and Culture Centre on the Kirchberg Plateau. 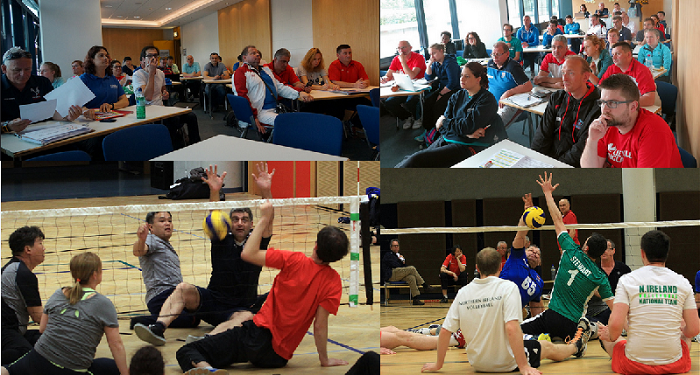